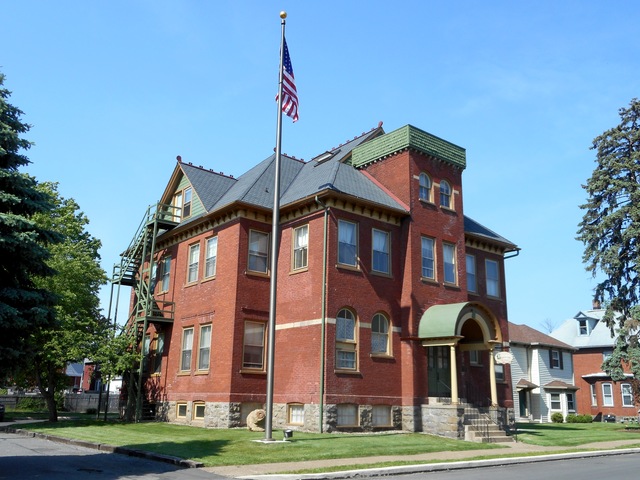 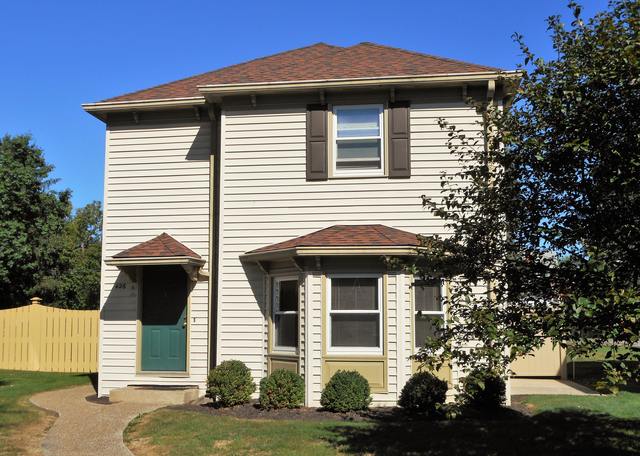 After the great flood of 1889 devastated much of Williamsport, the Vallamont area was laid out on the adjacent higher ground of Loyalsock Township.  There, the three story red brick Vallamont School was constructed in 1898 by J.C. Winter, the same year he completed construction of his residence (see VALLAMONT MILL APARTMENTS & J.C. WINTER HOUSE). 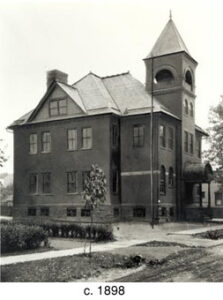 The building was still in use as an elementary school when Vallamont became part of the City of Williamsport in 1924.  The Vallamont School closed in 1928 when the new J. Henry Cochran School was opened at the former site of Athletic Park, also in Vallamont. In the early 1980’s, after use as a day care center followed by several years of vacancy, the former school building was remodeled into nine apartments.  At that time a separate building containing four luxury townhomes was also built on the site.

The exterior of the historic school building has been preserved in its original Victorian style, with substantial restoration work completed since Penn Real Estate acquired the property in 2007. The studio/loft, one bedroom, two bedroom and three bedroom apartments have a mix of hardwood and carpeted floors. Kitchens offer solid oak cabinetry accented with Victorian millwork. A two level penthouse apartment features a luxurious bathroom with jacuzzi tub and separate shower, central air conditioning, washer/dryer and a private outdoor roof deck with a great view.  The building also features a coin operated laundry.

The townhomes offer very large two bedroom residences, each with one full bathroom plus a half bath. Each townhome has central air conditioning and is provided with a washer and dryer.

A paved parking lot and fenced yard with picnic table is available for the residents of both buildings.

The Vallamont School Apartments and townhomes are conveniently located on a quite residential street a short walk from the beautiful Brandon Park.